Orlando, Fla. and Savannah, Ga. — Beachwood Residential has received $37.9 million in financing for two communities located near universities in Florida and Georgia. Loan proceeds were used to refinance existing debt on The Place at Alafaya, a student housing community located near the University of Central Florida in Orlando; and to acquire Litchfield Place, a community located less than 15 minutes from the Savannah College of Art and Design and 10 minutes away from the Georgia Southern University – Armstrong campus in Savannah. Mona Carlton, Elliott Throne and Jesse Wright of HFF worked on behalf of the borrower to place two 10-year, interest-only, fixed-rate loans with Freddie Mac. The Place at Alafaya consists of 36 two-story buildings offering 400 one- and two-bedroom units. Shared amenities include a swimming pool, basketball courts, tennis courts, volleyball courts, a state-of-the-art fitness center, clubhouse, student lounge, hammocks throughout the property, a business center and shuttle service to the University of Central Florida campus. Litchfield Place consists of eight two-story buildings offering 76 units. The property was completed in two phases between 2008 and 2014. 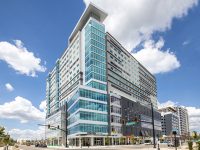 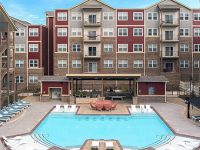 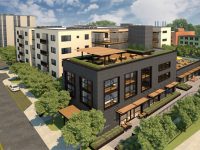 Pope & Land Receives Construction Financing for 123-Bed Development at the University of Georgia May 14, 2021 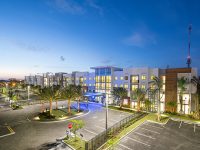