Davis, Calif. — Two complexes are within one mile of each other.

The transaction was originated by Joel Mazur, vice president based out of Beech Street’s Chicago office. The complexes were developed and are owned by the borrower and are located less than one mile from each other in the Sacramento MSA. Temescal Apartments is a 100-unit complex that is 91 percent occupied and Pepperwood Apartments consists of 41 units with more than 97 percent occupancy. Approximately 50 percent of the student populations at both properties are graduate students. 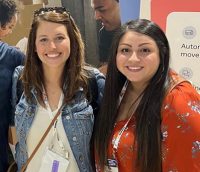