Charlotte, N.C. — Campus Crest Communities (NYSE: CCG) held its third quarter earnings call on November 4, announcing a number of events aimed at correcting the company’s operations and balance sheet. Founder Ted Rollins has resigned as CEO and chairman of the board, and will no longer be active with the company.

Along with Rollins, the resignation of Donnie Bobbitt, the company’s chief financial officer, was also announced. Independent director Richard Kahlbaugh, chairman, president and CEO of Fortegra Financial, will serve as the company’s executive chairman and interim CEO, in a role designed to lead the company through  a restructuring. Scott Rochon has been named acting chief financial officer. Aaron Halfacre and Angel Herrera, who were promoted to chief investment officer and chief operating officer, respectively, in October, remain in those positions. Their promotions followed October’s departure of Brian Sharpe, chief construction and facilities officer and former Chief Operating Officer Rob Dann.

On the call, Campus Crest stated that the company would exit the development and construction business. As such, CCG will market its development pipeline for sale. That includes development sites in top markets like Boca Raton, Florida; Corvallis, Oregon; Sacramento; Tuscaloosa, Alabama; and Toledo, Ohio. This change is a radical one for the company, which built its portfolio by developing a number of properties branded The Grove across the country. As a result of the change, approximately 45 development and construction employees will be leaving the company. The company will concentrate on its operating portfolio, which, said executives, was the company’s best source of growth going forward. The company’s chief areas of concern going forward, said executives, were operations, its ability to control costs and its ability to make capital allocation decisions.

The company also announced that it has reached a deal to acquire much of the Copper Beech portfolio, and would target to close that transaction by December 31, 2014. Under that agreement, Campus Crest will acquire 32 properties from Copper Beech for $60.3 million in cash and $12.4 million in operating partnership units, and assume $140.6 million in debt. It will not be acquiring two Copper Beech assets in Kalamazoo, Michigan.

The changes come on the heels of another quarter of disappointing results for the REIT. The company’s new executive team acknowledged that some of its new growth projects, including properties in Montreal, did not meet expectations and had cost overruns. In a Q&A session, Kahlbaugh reiterated that the board of directors had been seeking to make changes for a period of time, and felt timing was right this fall to do so. “It was a delicate balance we were trying to strike,” said Kahlbaugh. “The board became concerned about achieving the yield that shareholders expected.”

Kahlbaugh has been the company’s lead independent director since its initial public offering in 2010. During the call, it was also noted that CCG will seek outside assistance to fill two positions on the board vacated by Rollins and Bobbitt. 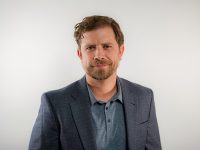 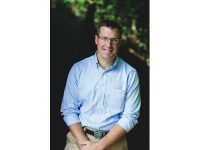