Many who operate in the Canadian student housing market have the same thing to say: If you build it, students will come. A common refrain is that student housing in Canada is easily 10 to 15 years behind where the United States is today, and that students are hungry for American-style rental accommodations.

Although a more conservative social culture (not to mention climate) across the border may not clamor for lazy rivers, valet trash service and poolside yogurt delivery, or, as it turns out, even laundry in-unit, students are in need of purpose-built accommodations tailor made for them that are differentiated from the regular rental market. This market, off-campus, is dominated usually by condos in most metro areas. And at a recent presentation about Canadian student housing at the National Multifamily Housing Council’s Student Housing conference in Chicago, those speaking said the current ownership market is fragmented and that banks, brokers and consultants don’t yet fully understand what student housing really is. Add to that less fierce competition and an understudied market, and many investors say there is great unseized opportunity to the north, though not without significant challenges.

Humphreys currently has nine contracts out to build student housing in Canada. “While we were initially up there visiting sites,” says Mark Humphreys, CEO, “what we noticed immediately is that student housing projects were very similar to U.S. student housing projects 12 or 15 years ago. They’re all infill podium or high-rise, but the mistake is this off campus student housing is a brand new phenomenon for Canadians as it was for Americans. They are making the same mistakes we made. They are going into it thinking, ‘I will build a little bit away from campus because

land is cheaper. I’ll do an inexpensive product that doesn’t cost much to build because we’ve got to keep the price down, since these are students after all.’ That’s what we did back in the day. But here’s a newsflash. Students can’t afford very much. They can’t afford anything. They’re not paying for it. Their parents are. We realized there are a lot of parents who want their kids in nicer places that are very security oriented. That’s what we’re doing in Canada right now.”

One such project under construction is the 502-bed 663 Princess Street in Kingston, Ontario. It is a four-story building with two basement levels, retail and amenities. Another is Columbia Street in Kamloops, British Columbia, with three stories, 115 beds Humphreys & Partners is the architect on Columbia Street in Kamloops, British Columbia, which is under construction. The property has three stories, 115 beds and an 8,000-square-foot clubhouse.

These attractive projects look similar to those you might see in the U.S. “The idea of dumbing down the housing for students will backfire if you’re think you’re going to save a little money on rents,” Humphreys says. “When projects like ours come in closer to campus and with all the amenities, students will live there. Canadians like working with us because we can see their future.” While data in Canada is difficult to obtain, it appears there are a few U.S. developers currently building in Canada including CA Ventures, Campus Suites and Campus Crest, which just opened evo Square Victoria in Montreal, a hotel conversion near McGill University and several other institutions. The project is a joint venture with Beaumont Partners, with

Christophe Folla, a partner within the Beaumont JV, who sourced the site and helped arrange the transactions for evo, says it was crucial to locate an American partner for the project and chose Campus Crest for its expertise. “There is absolutely no one who is in the market in Quebec with that kind of expertise in student housing,” Folla says. “Campus Crest is probably the only American operator in Quebec. Many groups have been looking to come here, the problem is finding the right properties and the right locations to accommodate their business model for student housing.”

The Canadian student is a different breed that many U.S. developers may not be accustomed to. Tuition is lower in Canada, and the draw for international students is very high due to getting access to visas after one year of residency. “In most Canadian locations, right now it’s a question of purpose-built and student-friendly accommodations generally compared with entirely different housing options, such as renting a house in a residential neighborhood,” says Eric Bronstein, co-founder and executive vice president of The Scion Group, which has done extensive consulting work in Canada advising colleges and universities, as well as private Canadian developers, on student housing.

The Scion Group has handled many engagements across Canada in the past few years and has studied several major Canadian campus markets. “Also — notably — tuition at Canadian universities is usually significantly lower than in the United States, so Canadian students and their parents are going to be more sensitive about paying for overly ‘splashy’ housing if the price point is disproportionately large compared with tuition, and especially if there are other more reasonable quality student housing options.” Campus Suites has a unique “in” with Canadian student housing as a Canadian company that has developed in the United States. The firm is currently working on some hotel conversions, a common practice in the country, as well as a partnership for 812 beds at York University

in Toronto. The company maintains offices in Orlando, Florida, and in Toronto, but for a variety of reasons has recently been focusing its work in Canada. “There’s a lot of oversupply in a number of U.S. markets,” says President Henry Morton. “These markets have gone from under-developed to over-supplied in a very short period of time because of the abundance and availability of debt and equity, so you can never be certain that you were the last or the closest to the ‘Main and Main’ of the campus.

We’re seeing a lot of deals being done that aren’t economically sound. We already won this project at York University and we saw an opportunity in Canada in ways most people haven’t seen. Student housing is relatively juvenile in its stage here. We saw that as an opportunity to leverage what knew as American builders, but as Canadian people. We were able to meld the best of both worlds. A lot of things don’t cross the border that easily.”

Morton cites primary differences that include reconciling expectations of typical American student housing to the realities of the Canadian student experience. “If you present a project that doesn’t have a washer and dryer in the unit in the states, students will turn their noses at that. Conversely, in Canada, we’ve been building laundry rooms that are integrated within our amenity spaces because students are finding that they like to have it as an amenity space of its own. They like to have it integrated. We’ve turned it from an expense to a revenue source.”

Morton also adds that bed-bath parity isn’t as in high demand because many students are thrilled with a two-to-one bed-bath ratio, most having come from a five- or four-to-one. He also believes that some of the overthe-top marketing common in the U.S. doesn’t hit the Canadian sensibilities as effectively. For American companies hoping to set up shop in Canada, firms already active there say the licensing and corporation laws make it difficult to get in. Morton says taxes, lending and processes are completely different.

“When people talk about how Canada is 10 to 15 years behind the United States, I would agree,” Morton says. “But [Canada] is never going to catch up because we’re never going to have a concentration of purpose-built beds in a market where people will all naturally gravitate toward because they don’t completely understand the nature of what’s being presented. Individual projects will catch on, but as far as an industry, I’m a firm believer that Canada will never catch up to the States because there aren’t enough opportunities here either across the country on a ground-up basis or in a concentration of markets near the universities.” 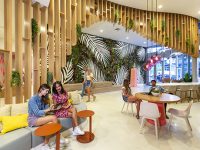 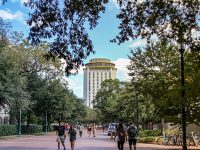 Is Pedestrian-to-Campus Still the Future of Development? July 10, 2019 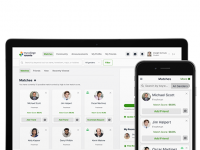