Seattle — Peak Campus Development and investment partner Blue Vista Capital Management has acquired a development site located near the University of Washington in Seattle. The new project — titled Theory U District — is set to offer 500 beds in studio, one-, two-, three-, four- and five-bedroom, fully furnished units. Shared amenities will include a rooftop deck, multiple study rooms, a landscaped courtyard for outdoor activities, a fitness room, package lockers and parking. The site was previously owned by the University Christian Church (UCC), which moved out of the property last summer. According to a press release issued by UCC last year, proceeds from the sale will go into a foundation established by remaining UCC members. Demolition of the site’s previous building has been completed by UCC and vertical construction for Theory U District will commence later this year with a projected opening in fall 2022. 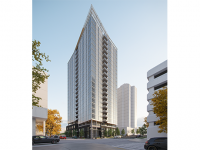 Landmark Properties to Break Ground on 500-Bed Development Near the University of Washington July 22, 2022 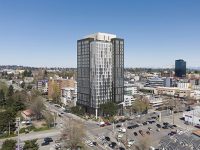 Champion Real Estate to Break Ground on 516-Bed Development Near the University of Washington July 11, 2022 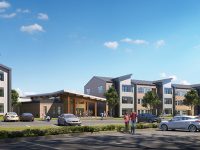 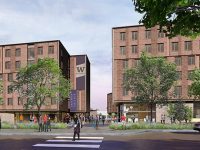 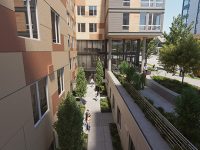 Joint Venture Breaks Ground on 441-Bed Community Near the University of Washington February 10, 2021

Greystar to Break Ground on $145 Million Community Near the University of Washington October 5, 2020