Orlando, Fla. — Development Ventures Group (DEVEN) and Ustler Development Inc., in a public-private partnership with the City of Orlando, have delivered UnionWest at Creative Village on the University of Central Florida’s campus. UnionWest is a 15-story building with 644 student housing beds, 100,000 square feet of academic space, 11,000 square feet of ground-level retail space and a 600-space parking garage. Construction on the $105 million development began in October 2017. The building is located at the corner of West Livingston Street and North Terry Avenue in downtown Orlando, which grants access to both University of Central Florida and Valencia College students. Five of the six ground-floor retail locations in UnionWest are leased. Tenants include Vera Asian, Addition Financial, Subway, Dunkin’ and Qdoba Mexican Grill. The student housing portion opened in time for the fall 2019 semester at 97 percent occupancy. 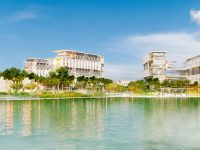 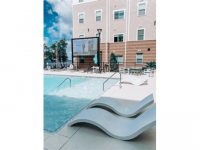 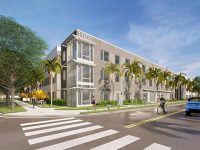