The Scion Group has completed three simultaneous acquisitions of student housing communities from three separate sellers in a transaction exceeding $100 million in value. The newly acquired properties, totaling 2,293 beds, serve the University of South Carolina, Oklahoma State University and Louisiana State University. Woodlands of Columbia is a 1,209-bed community in Columbia, South Carolina, serving the University of South Carolina. The property is located approximately 2.5 miles from campus in a large cluster of student housing that includes 260 townhomes and 130 apartments ranging from 1,200 to 1,900 square feet. The development was built in 2009. Scion purchased the property from the developer.

Avenue East, formerly The Grove at Stillwater, is a 612-bed property in Stillwater, Oklahoma, serving Oklahoma State University. The community is located exactly one mile from the OSU campus; it was built in 1999 and redeveloped in 2012, including construction of new amenity facilities and the addition of nearly half of its 206 apartments and townhomes. Immediately upon acquisition, Scion rebranded the community and began a $1.4 million repositioning program, including apartment upgrades expected to be completed by fall 2015. The seller was a joint venture between a public REIT and a private equity fund.

University Edge is a 472-bed community in Baton Rouge, Louisiana, serving Louisiana State University. The property, completed in 2013, is a three- and four-story pedestrian infill development located a half-mile from the LSU campus and close to the University’s new Water Research Campus. The 147 apartments offer a mix of unit types, all with private bedroom-bathroom suites. Scion purchased University Edge from the property’s developer and will rebrand the community in fall 2015. 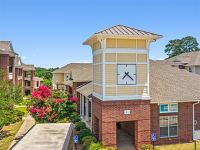 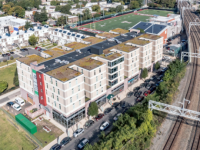 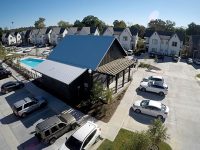 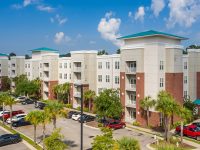 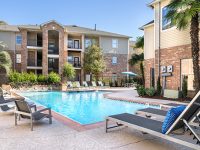 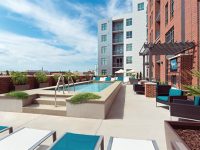