Stephen Skok of HFF arranged the financing on behalf of the borrower, CA Student Living, a division of CA Ventures. The loan was used to repay an existing loan. Infinite Chicago, formerly known as the Gibbons/Steger office buildings, includes a pair of 18- and 19-story towers, originally constructed between 1910 and 1912. CA Student Living acquired the property in 2012 and completed the conversion of the buildings into student housing in 2014. Kendall College and School of the Art Institute of Chicago control master leases for a large portion of the beds at Infinite Chicago. The remaining tenant roster includes students from institutions such as DePaul University, Roosevelt University and Columbia College, among others. Shared amenities at the community include a landscaped rooftop with gas grills, fitness center, business center, group study rooms and an entertainment lounge. In addition, Infinite Chicago features 6,000 square feet of ground-floor retail leased to tenants such as Just Salad, 7-Eleven, BIBIBOP Asian Grill and Hero Coffee Bar. 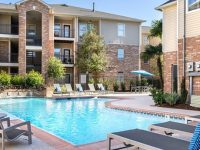 Berkadia Arranges Sale of Tailor Lofts Near the University of Illinois at Chicago April 2, 2019