High-speed Internet connectivity in student housing is boosting expectations at your apartment community.

Today’s college students are the luxury apartment market’s next renters. The expectations for tech amenities at apartment communities are on the rise, and going nowhere but up.

It’s easy to understand why. The student housing sector has continued to invest in technology amenities for its students: screen-centric common areas that can be used for movies, games or even group workout videos; study rooms wired for easy access to online classes; and of course, Wi-Fi connectivity everywhere. Today, student housing technology amenities coalesce around a single determining factor: the experience of high-speed Internet.

“As we have this market shift occurring with students becoming high-end renters, you will see the requirement for higher and higher bandwidth at market-rate apartments,” says Richard Holtz, CEO of InfiniSys Electronic Architects, which specializes in designing low-voltage technology solutions including wired and wireless Internet systems for student and market rate apartment communities. “It’s just inevitable.”

As Important as Water

Doug Hwang, a broker with the New York City-based brokerage Level Group, which courts young professionals for the apartments it rents, sees this shift firsthand. “For this group, Internet is a basic need that’s often more important than food, shelter or water,” says Hwang. “They’re drawn to it like no other amenity.”

In fact, whereas past generations would ask the utility company to turn on the electric and water before moving into an apartment, today, renters flick the Internet switch first. “It’s the first thing they take care of,” says Hwang. “It’s way more important than moving the furniture.”

For market-rate apartment owners targeting the Millennial demographic, that means getting their communities’ Internet connectivity up to speed is a necessity, not an option. But offering the best Internet speeds and quality available today, while future-proofing the property down the road, requires a solid plan. You’ve got to know this niche audience, and it will likely require some initial investment on your part. The good news is your investment will likely lead to improved occupancy, if not higher rents.

Consider this. According to Akaimai Technology’s third-quarter 2014 State of the Internet Report, the average download speed for all households in the United States is 11.5 mbps. But speeds on campus are often two to three times faster, and in some cases, off the charts. At the University of Texas at Austin, student housing operator American Campus Communities offers students a connection that’s 100 times faster — one gigabit per second — at its Callaway House property.

Then, there’s the fact that Internet connectivity is now a “given” (if not a give-away) at most student housing communities. According to apartment research firm Axiometrics, out of the approximately 1,400 student housing properties it tracks, 86 percent offer or include Internet service as part of the rent, whether in the form of Wi-Fi hotspots, community-wide Wi-Fi, or wired and Wi-Fi connections in the unit.

At the same time, the Federal Communications Commission recently updated its definition of what a “broadband” Internet connection is: at least 25 mbps for downloads and 3 mbps for uploads

It all adds up to a new mandate for market-rate apartment owners: start matching and bypassing the speeds that residents enjoyed at college, or risk losing customers to more tech-savvy apartments.

For Holtz, all of these developments are converging at a time that’s crucial for apartment owners. In the student housing market, Holtz’s firm assumes that each resident is bringing between 5 to 10 Internet-connected devices with them to college. And with the emergence of the Internet of Things, where household appliances such as televisions, refrigerators and thermostats are designed to connect online, that number is only going to rise. For that reason, Holtz recommends that his clients provide 100 to 200 mbps per 100 residents to ensure that there is enough speed for everyone on the property. Otherwise, when most students are streaming House of Cards on Netflix, others can’t access their required online classes or participate in a real-time Skype chat to complete a group assignment.

“Currently, that adds up to recommended speeds of 50 mbps for downloading, and 20 mbps for uploads,” says Holtz.

Getting up to Speed with Fiber

But how can an apartment owner, who’s currently at the national average of 11.5 mbps, ramp it up? The answer lies not only in how the Internet gets to your property, but what you do with it once it’s there.

With Verizon’s rollout of FiOS over the last decade, getting a fiber-optic Internet feed to your property — the fastest and most future-proof option available — is easier. Verizon now passes more than 19.8 million homes with FiOS, and other providers such as Comcast, Google Fiber and smaller local carriers are laying their own fiber all the way to their customers’ front doors.

While other technologies using copper wiring, such as VDSL over telephone lines or DOCSIS 3.1 over cable networks, have improved, physics dictates that nothing is faster than light, which fiber uses. So if you have any way of connecting your building directly to a fiber feed, make sure to do that first.

“To entice young professionals, I’ve seen cases where apartment owners have paid for FiOS themselves, or at least had FiOS installed so it’s available at their building,” says Hwang. “People specifically look to see whether FiOS is available when hunting for an apartment.”

Once the property has fiber, the next step is to ensure the most efficient distribution possible. While a Wi-Fi network is now the connection of choice for most residents, Holtz says high-bandwidth devices such as gaming consoles and smart, ultra-high-definition 4k TVs should have a dedicated, hard-wired connection.

Doing so will not only ensure the best feed to those components – both Netflix and Amazon Instant Video already offer ultra-high-definition 4k video streams, which require a 25 mbps connection — it will also lighten the load on your Wi-Fi network.

And since Wi-Fi standards change rapidly — the 802.11ac standard will likely surmount the current 802.11n standard soon – owners should invest in a system which can easily handle upgrades as technology evolves.

While larger apartment owners may have a budget for an in-house team to set up and maintain a low-voltage network inside their buildings, most apartment owners opt for hiring a third-party specialist to fully optimize the network to serve residents 24 hours a day.

Your Wi-Fi network is only going to become more important as renters bring more devices and use more bandwidth, especially with the advent of cellular over Wi-Fi.

This technology enables cell phone users to connect via a cellular network when they’re away from home or on the road, but talk over Wi-Fi when close to an access point. While many market-rate communities have provided Wi-Fi in common areas for years, these kinds of technologies may result in increased demand for blanket Wi-Fi coverage.

“The future is pointing to cellular calling over Wi-Fi,” says Holtz. “Smart owners are starting to include property-wide Wi-Fi as an amenity so their residents have a consistent experience no matter where they are on the property, whether that’s in their car in the parking lot, or the living room of their apartment.”

Holtz says offering such an amenity is a proven way to boost occupancy. And from Hwang’s perspective, residents are willing to pay for a robust, quality Internet experience.

“I often see people splurge on a faster Internet connection, just like you may have upgraded your cable package in the past,” says Hwang. “Getting faster Internet then lets them cut the cord and save money because they can stream their TV instead of getting cable.”

Once You Build It, Market It

“A lot of owners face the challenge of marketing their technology because you can’t take a pretty picture of it,” says Holtz. “They market their location, fitness room, or the common areas. But for today’s generation of new renters, those may no longer be the most important things they’re looking for. You need to let them know that if they decide to become a resident, they’re going to have the best high-speed Internet for the best value.”

Andrew Layton: The Wild World of Student Housing May 11, 2022

Gary Holloway: Innovative Living —The Future of Housing for Life Sciences Students and Professionals May 3, 2022

Dave Duckwitz: Why Monitoring Your Blue is the New Green April 6, 2022

Janis Rossi: How Internet Connectivity Can Impact Your Community March 28, 2022 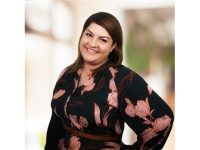 Lindsay Brown: The Metaverse, Cryptocurrency and NFTs are Headed Our Way March 2, 2022 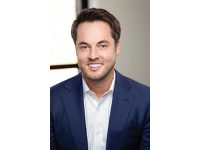 Grant Collard: A Few Considerations for the Post-Pandemic World February 2, 2022