Chicago — Executives from the off-campus student housing industry convened October 14-16 in Chicago at the Marriott Magnificent Mile for the National Multihousing Council’s Student Housing Conference. An estimated 600 were in attendance to hear sessions that ranged from development, operations, capital markets, investment sales and connectivity and bandwidth, among others. A research and economic outlook presentation kicked off the general sessions for the conference, following a few members-only sessions.

A panel with chief executive and chief operating officers of leading student housing operators, owners and managers followed, moderated by Randy Churchey, former chairman and CEO of EdR. Panelists included the CEOs and COOs of American Campus Communities, Landmark Properties, The Preiss Company, Peak Campus and The Scion Group. The panel featured tips for working in partnership, investment in employees and how scale affects operations. Key to the discussion was the topic of late deliveries, which has become larger in the industry. Employee retention was another hot topic among the CEOs and COOs, with a few companies discussing their efforts to retain and grow staff internally. Several companies also dropped a few tidbits of news during the opening session, including The Scion Group announcing it was acquiring approximately $400 million worth of student housing from Kayne Anderson and Landmark Properties mentioning that the company has $400 million worth of student housing acquisitions under contract.

A cocktail reception was held in NMHC’s new ‘Hub’ networking lounge after sessions on Monday, October 14.  The Hub, open throughout the conference, featured networking areas sponsored by industry-leading vendors and suppliers. After parties were also popular among attendees, including one sponsored by Core Spaces, Landmark Properties and TSB Realty at The Bassment, an underground music venue.

Tuesday, October 15, kicked off with more sessions focused on technologoy, career development, public-private partnerships, talent management, design and resident privacy. Several sessions focused on investment sales, development and capital markets during the day, including a strong session called “Student Housing Shoptalk” that was a frank look at the industry and many markets. At the end of the day, a reception was held in The Hub. The event concluded on Wednesday morning following a few sessions on marketing, research and technology. 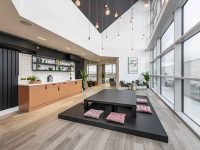 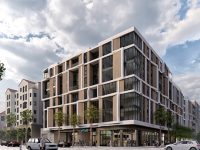 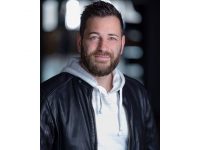 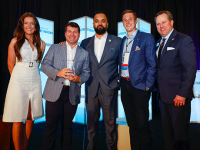 The 12th Annual Innovator Awards Honor Best in the Industry May 9, 2022 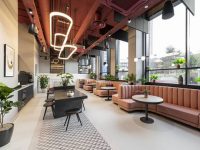