Denver — Cardinal Group Cos. has promoted John O’Brien to the role of chief administrative officer. In his new role, O’Brien will oversee the day-to-day operations of the Denver-based company’s corporate business. He will also oversee functions including finance, accounting, risk management and business administration. O’Brien previously served as Cardinal Group’s vice president of finance. “John is everything we could have asked for in a teammate and business leader,” says Jason Luker, co-founder and CFO of Cardinal Group. “He has been a key driver of platform growth while also bringing the Cardinal culture to life.” 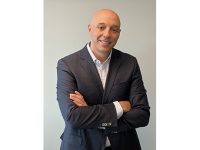