Tom Trubiana, EdR’s executive vice president and chief investment officer, will advance to the role of president and will join the board of directors.

Bower is retiring after a 45-year career with EdR. Like many EdR senior executives, Bower began his career at the community level for the company’s predecessor, Allen & O’Hara. He was an assistant community manager at the company’s — and the student housing industry’s — first privatized collegiate housing community, Granville Towers at the University of North Carolina at Chapel Hill, which is still managed by EdR. Bower advanced through the ranks until he became president in 1998.

Churchey will remain as EdR’s chief executive officer after assuming the chairman of the board responsibility upon Bower’s retirement.

Trubiana began his career in student housing as a resident assistant for Allen & O’Hara at his alma mater, West Virginia University. Considered one the nation’s leading collegiate housing experts, Trubiana has worked in the industry for more than 35 years and has been involved in the development and/or management of more than 150 student housing properties representing more than 90,000 beds.

The Preiss Co. Promotes John Preiss to President May 17, 2022 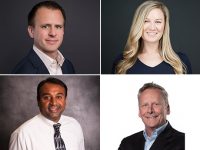 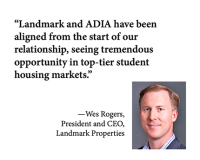 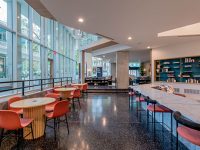 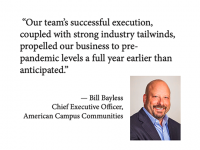 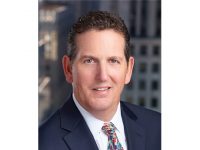